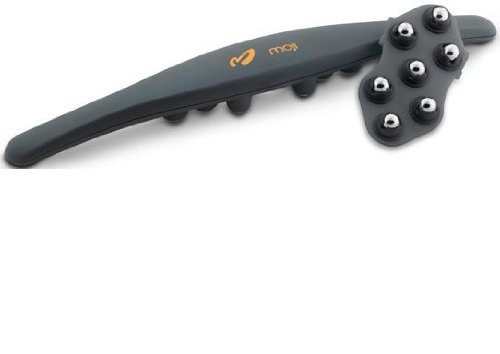 YOU WILL NOT FIND A CHEAPER PRICE!

Throughout the course of your training, we’re sure that you’ve already started using cold compression and heat therapy. But, when was the last time that you sprang for a masseuse to come over to your house? Unless you rode the Giro last year, and your last name ends with ‘sjedal,’ the answer is probably never. Well, lucky for us mere mortals, Moji has created the ultimate in home message with its 360 Massage Kit. Moji’s 360 massage kit comes equipped with both a standard size 360 and the 360 Mini Massager for a variance in the dynamics of your at-home-massage. Both iterations of the 360 rely on a series of omnidirectional balls that mimic the pressure and strokes of a massage therapist. A little rusty on your Latin prefixes? Well, omnidirectional simply means ‘in every direction.’ So, the balls move freely over the skin in order to disrupt scar tissue and knots. Additionally, the 360 features Moji’s Tri-Zone Technology design. This means that the balls vary in size and array along the course of the massager. With this design, you can apply different levels of intensity at highly selective points of the body. So, you might be asking what the differences are between the Mini and the standard 360? Well, besides size, the difference lies in their functionality. The Mini 360 is ideal for specific and focused massage therapy, as it’s roughly the length of your hand. And given that one hand creates less pressure than two, we find that it’s more effective for soothing massages, rather than therapeutic massages. Accordingly, given the two handed approach to the standard 360, we recommend using it for deep, intense massages — say after a race. However, regardless of which 360 you use, and what intensity you apply, you’re guaranteed a next-level approach to at-home-comfort. The Moji Back 360 Massage Kit is available in the color Black and in one size.

There are no reviews yet.

Be the first to review “360 Massage Kit – Moji” Cancel reply